This article may be reprinted for non-commercial and not-for-profit uses only with the following information precluding the article:

The info in the list was collected mostly from one source. I have a lot of confidence in some of it, namely the MG and Triumph production figures, but other numbers are suspect in their accuracy.

We are seeking input from other enthusiasts to reveiew the production figures of the models they are most familiar and confirm or provide us the correct information.

The next step will be to determine how many of these cars still exsist in one form or another, but that's a job for another day!

Please send information to prod_list@ragtops.com. Thanks for your input! 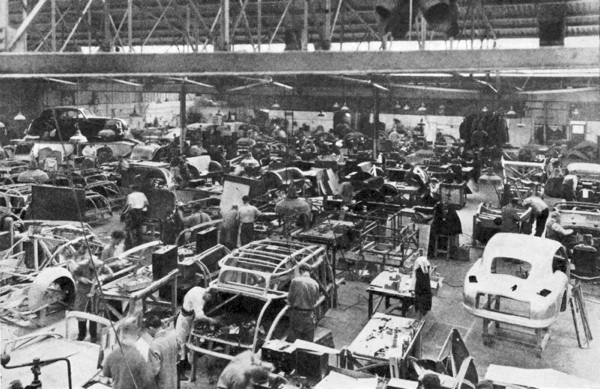 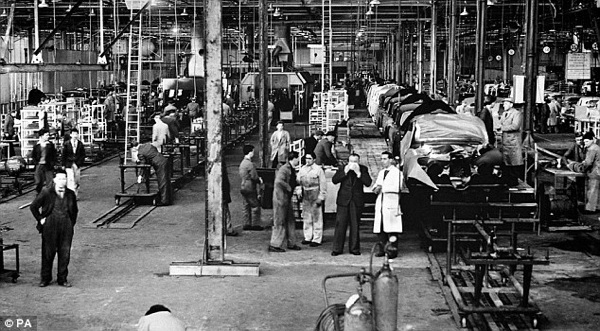 "Browns Lane" Jaguar Factory in Coventry, before the fire 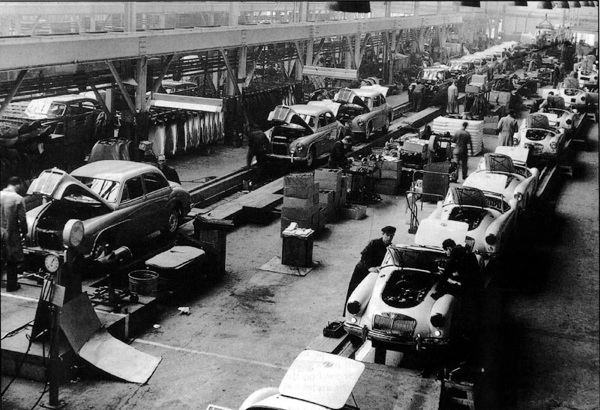 MG Factory at Abingdon; ZA Magnette and MGA lines circa 1955 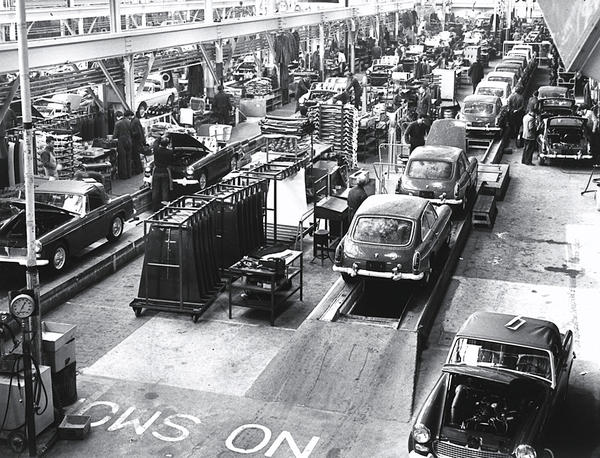 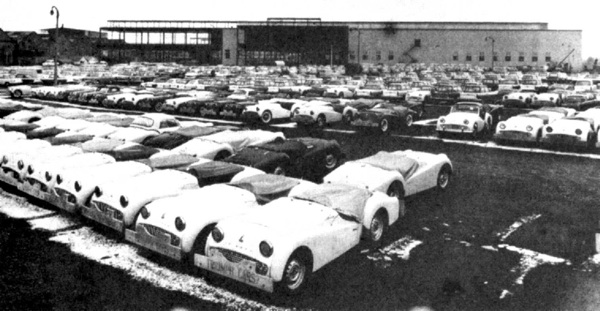 — British Car Production Figures —
Written by Ragtops & Roadsters – Created 2006-04-02 Published 2006-04-02
Contents © Copyrighted and published under the following terms:
Copyright © the author and published by permission or fair use.